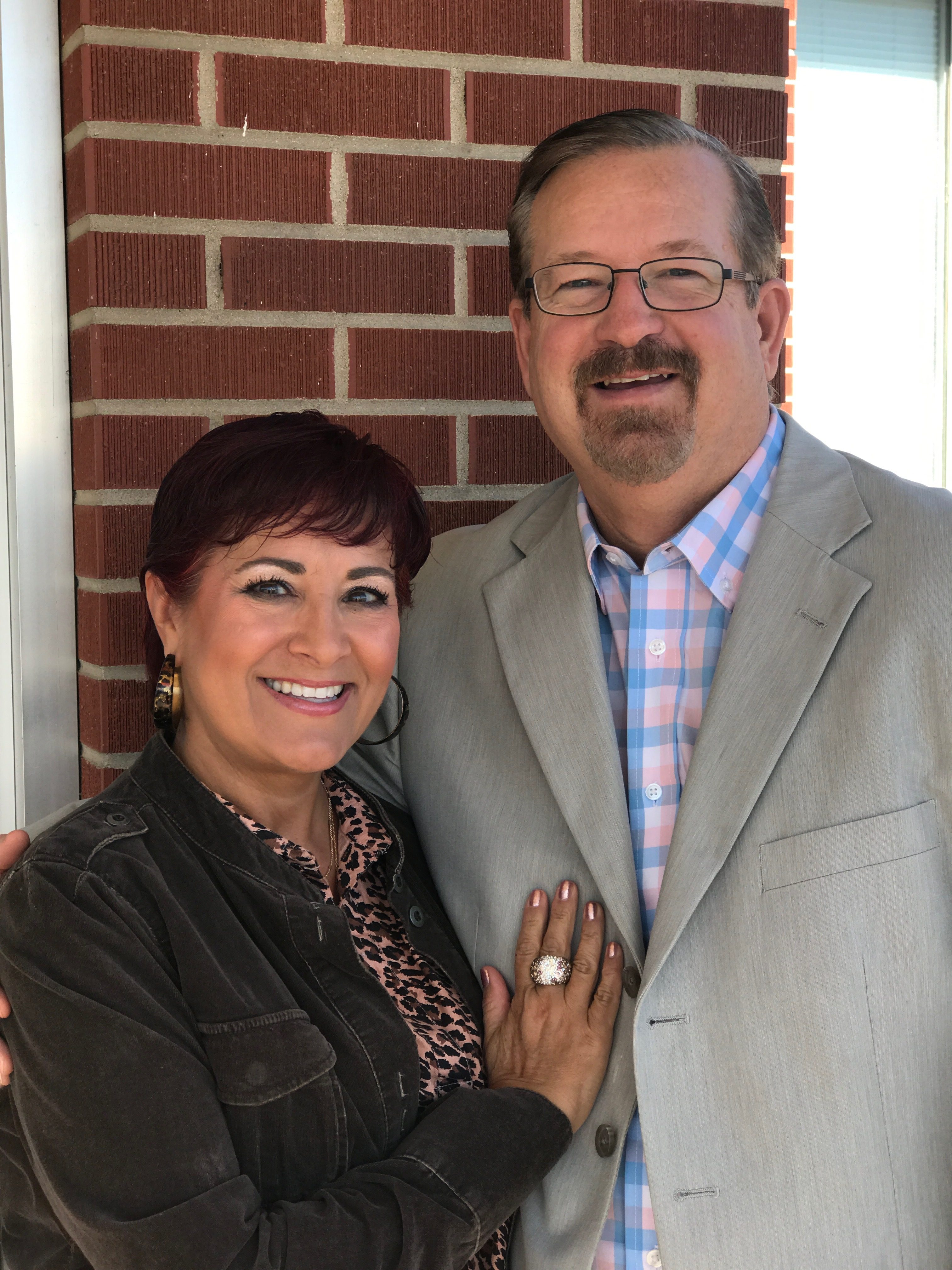 Pastor Ed and Danna Fink have been members of Faith Bible Chapel South for more than 22 years.  Pastor Ed accepted Christ as his savior when he was fourteen years old after a fellow high school student had invited him to attend a city-wide Youth Pizza Blast.  “I had only been to church once before that,” Ed says. “I believe it is so important to invite the unchurched [to church],” Ed adds. “If someone hadn’t invited me, who knows where I would be.”

At age 17, he felt the Lord call him into full-time ministry as his vocation.  After high school graduation, Ed attended Oklahoma Baptist University where he met his future wife, Danna Fisher.  After marrying Danna in 1990, Ed was asked to move to Colorado and work with the youth group in July of that year.  Ed then worked with FBCS part time, until he was able to be added to full-time staff in October of 2001.  Since that time, he has been appointed to the position of Senior Pastor, and has also come to oversee the food bank, men’s ministry, and other church administration functions.

Danna accepted the Lord as her Savior at the age of eight, under the teaching of her father, Dr. Dannie Fisher, who is the Pastor Emeritus.  She grew up in the Baptist denomination, active in choir, Girls in Action, and served the Lord throughout both high school and college.  As an adult, Danna worked in the area of Telecommunications for years.  After rearing children as a stay-at-home mom, Danna pursued her Master’s in Education, then worked in the Douglas County School District as a teacher for ten years before retiring.  She now works at FBCS as the Director of Children’s Ministries, Director of Women’s Ministries, and oversees all media and marketing functions.

The Finks have two adult children. Their daughter, Dani Butler, is married to Makoto Butler; both serve the Lord as missionaries. Their son, EJ Fink, is finishing his Masters in Theology and looks forward to a career in writing and teaching 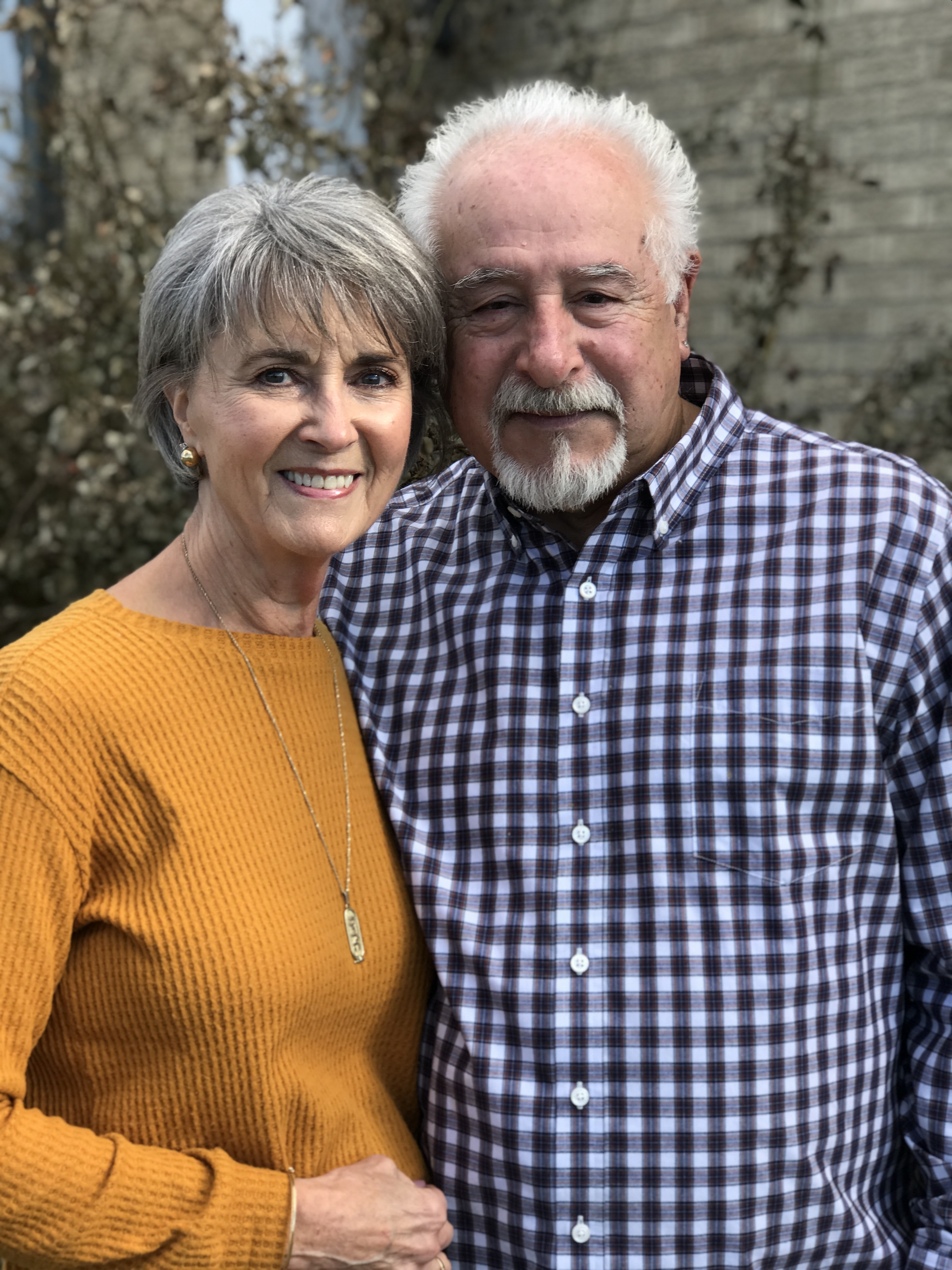 Dr. Dannie and Sheila Fisher have been married for over 50 years.  Their strong marriage is an example to all who know them, and they regularly mentor their three grown daughters. They have six grandkids, two grown, and the rest are still in various stages of schooling. Now that they are retired from full-time ministry, they serve on the board of FBCS and serve as Pastor Emeritus for all ministry functions. Dr. Dannie Fisher has served in three countries, on two continents, and in four states for over 45 years, delivering the Gospel Message and leading countless people to salvation. The Kingdoms of both heaven and earth are richer due to their faithful service. 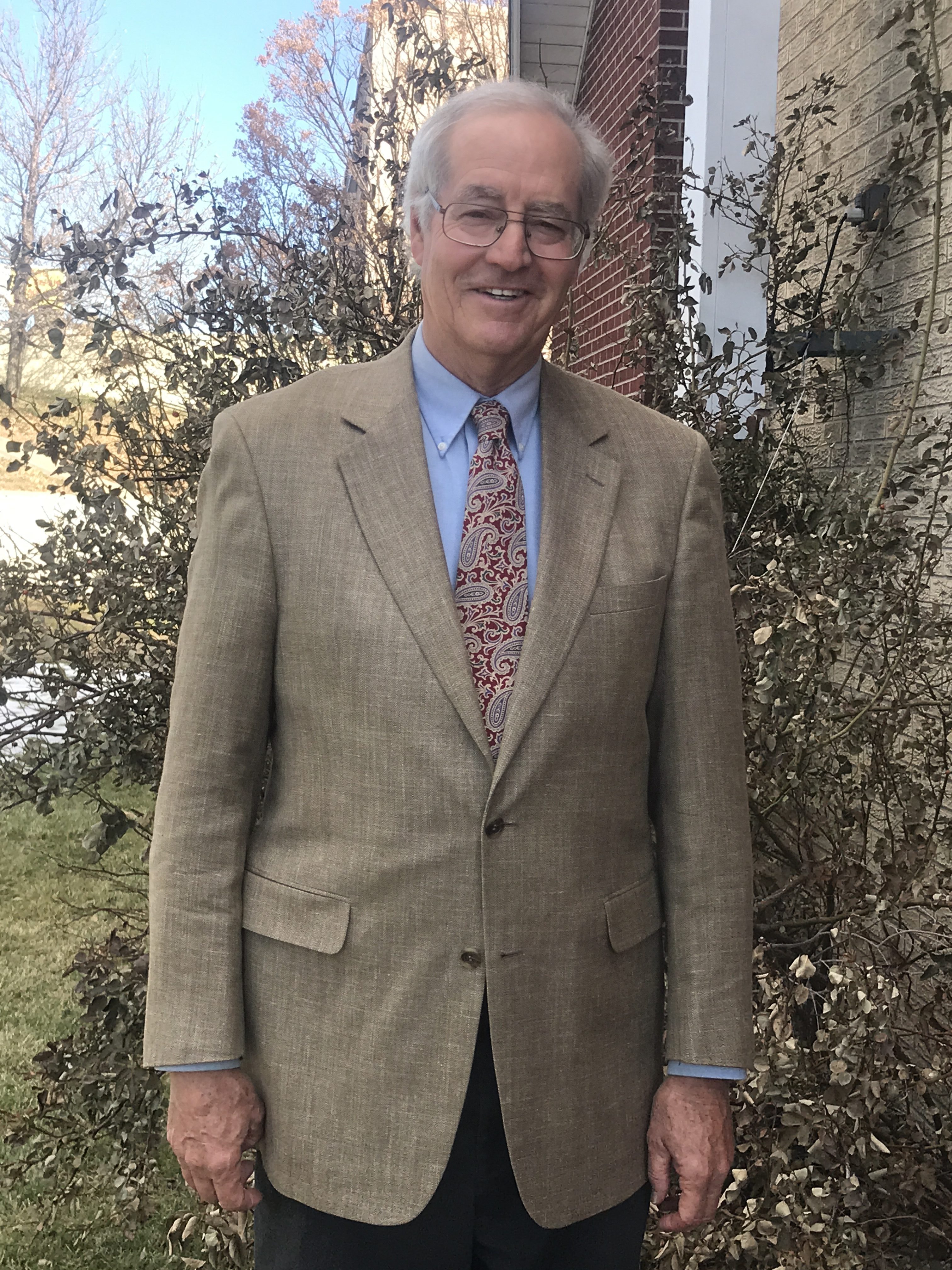 Jeff Johns  has been a member of Faith Bible Chapel South since its founding in 1986.

Jeff accepted Christ as his Lord at a retreat at Silver Cliffs Young Life Camp near Buena Vista, Colorado in 1969. “I had attended St. James Presbyterian Church for a number of years, but at this particular retreat I asked Jesus to come into my heart,” Jeff says. During Jeff’s first year of college at Stanford University, his relationship with Christ wavered.

“With little Christian fellowship and searching for something to fill the spiritual void, I got into Far Eastern mysticism,” Jeff says. Sophomore year at Stanford brought a radical change to Jeff’s spiritual outlook. “[My rowing coach] became an on-fire born-again believer and began holding Bible studies on campus,” Jeff says.  After that, Jeff began to become regularly involved with Bible studies, church services, and other Christians on campus.

Jeff and his late wife, Kitty were married at Faith Bible Chapel International in Arvada in November of 1980. There, they were heavily involved with the Israel ministry, jail visitation ministry, and children’s ministry. In April 1986, the call went out to start a new satellite church in south Denver, what would become Faith Bible Chapel South. 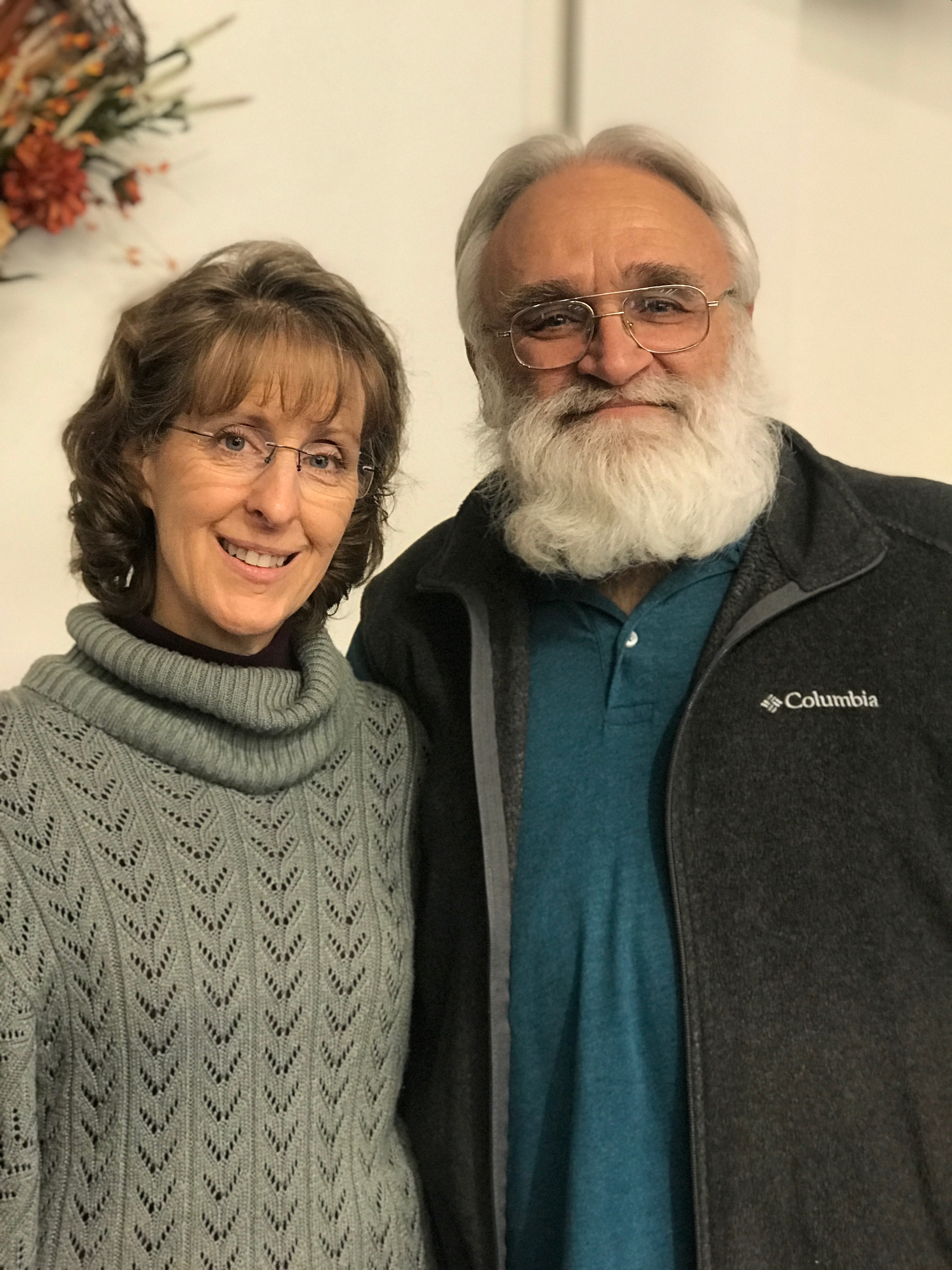 Dave and Anne Hart have been married for well over 30  years, and have attended FBCS for over a decade of them!  Dave came to the saving knowledge of Jesus Christ while serving in the Army in Germany in 1973.  One night he prayed, “I don’t care if it’s easy or if it’s hard, only that it is true.”   He awoke radically changed and has been serving God ever since.  Anne came from a Catholic background, and had no idea of personal salvation until she attended a Bible Study at age 17.  She accepted Jesus as Savior and has never looked back.

The Harts visited FBCS and were immediately drawn to the spirit of the worship, the excellent teaching, and the friendliness of the congregation.  While Dave is an ordained minister, and has pastored in years past, he currently owns a small maintenance business.  He also teaches Sunday School occasionally and sometimes preaches if Pastor Fink is absent.  Anne is a registered nurse, who works part time now in a clinic, but has spent the majority of the last 28 years homeschooling their 8 children and in participating in leadership of the homeschool support group.  She also is a lead teacher for Children’s Church, is highly involved in Women’s Ministry, and helps with fundraising.

As a couple, they are not only deeply committed to ministry at FBCS, but are firmly dedicated to the support of missions. 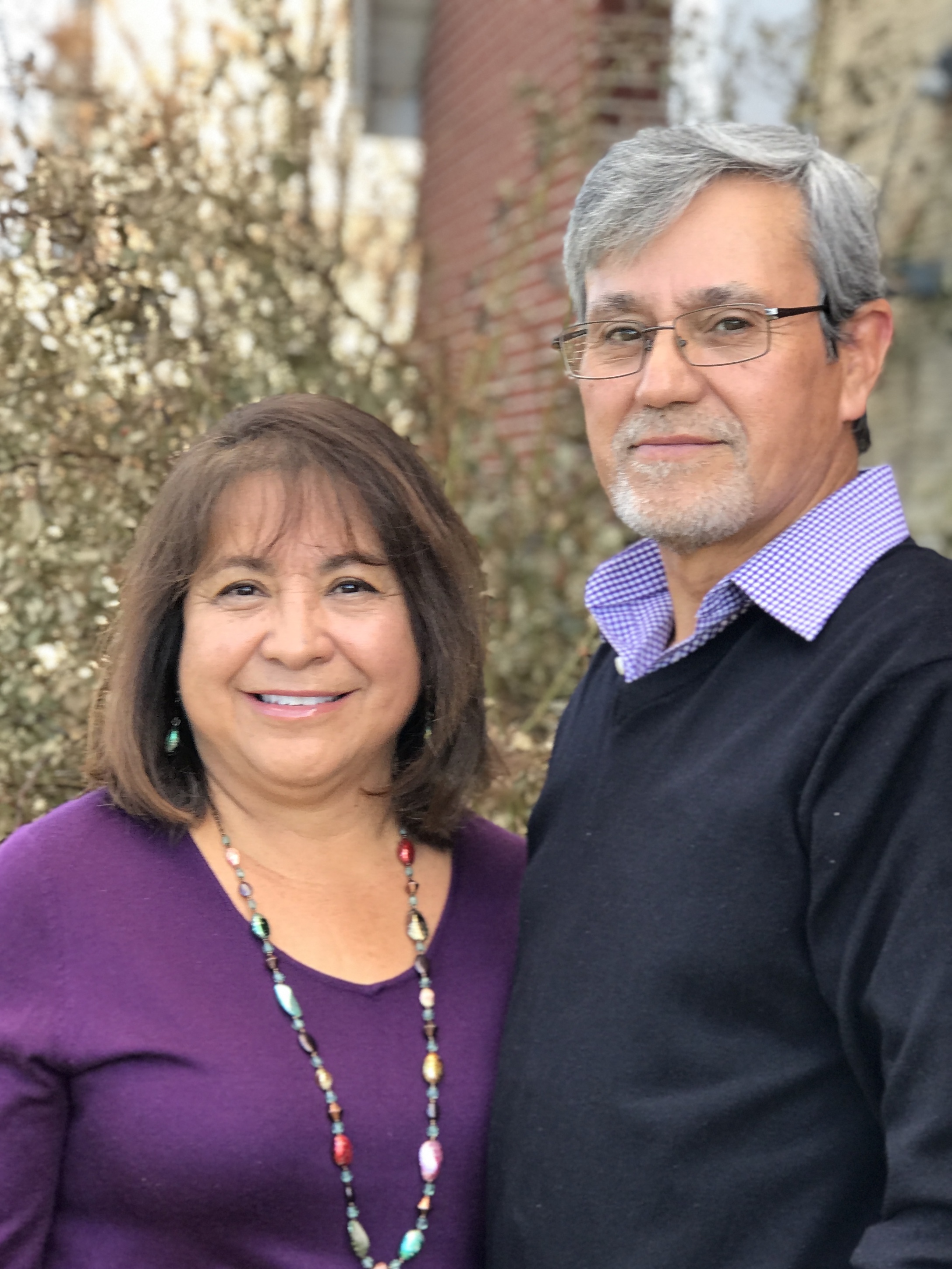 John and Pat Herrera have been married for over 40 years and have spent over 30 of them attending Faith Bible Chapel South.  Their faithful service is shown in many ways; John is a deacon who serves faithfully in the area of church maintenance and Pat is a pillar of our Women’s Ministry meetings.  They are both a real lighthouse for their family and they set the example for their five grandkids. Both John and Pat came from a Catholic background, and came to know Jesus when they were young…Pat when she was ten years old, and John when he was a teenager. They love knowing they can go directly to their Savior in prayer when they have times of trouble, and now that they are retired, they are able to minister to their family in even greater ways. 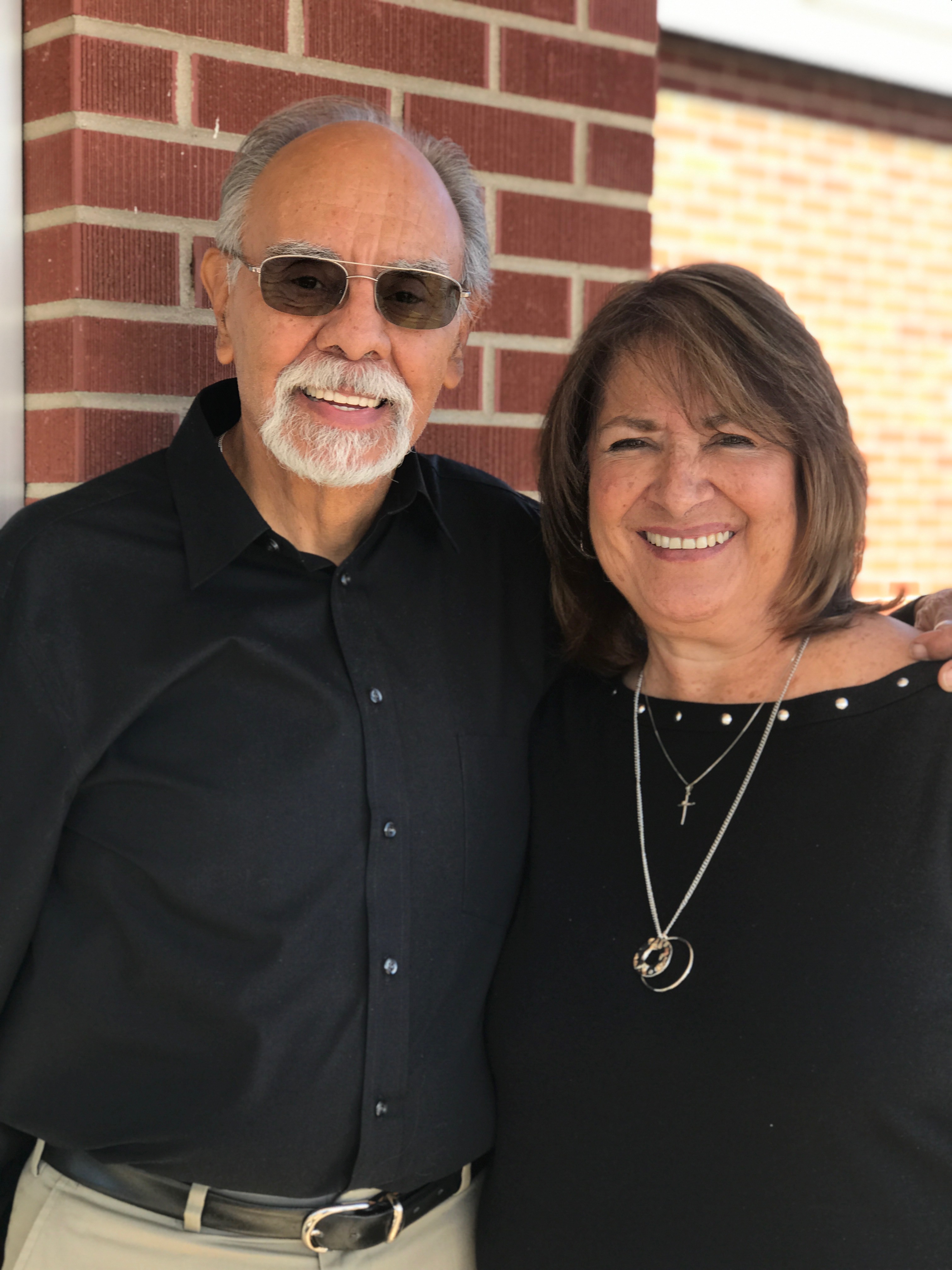 John and Marie Abeita have been married for 50 years and have attended FBCS for over 25 of them!  John was saved during the alter call at a Power Team evangelical event.  Marie was led to salvation by her brother who encouraged her pray to the creator instead of His creation.  Coming from a Catholic background, her interest in Jesus as Savior began to grow and grow, and through the influence of her brother, came to know Christ in a personal way.

The Abeitas decided to visit FBCS after seeing the sign as they drove by.  They heard Pastor Dannie Fisher deliver the Word, were blown away by the truth that they heard, and immediately felt it should be there church home.  They both were later baptized at FBCS, as have several of their grandchildren, and two of their sons have been married there as well.

John is retired from RTD, and now works doing handyman work for several rental homes.  Marie is a former teller supervisor for a credit union.  They both continue to serve the body of Christ through maintenance, Women’s Ministry, and other areas of service. 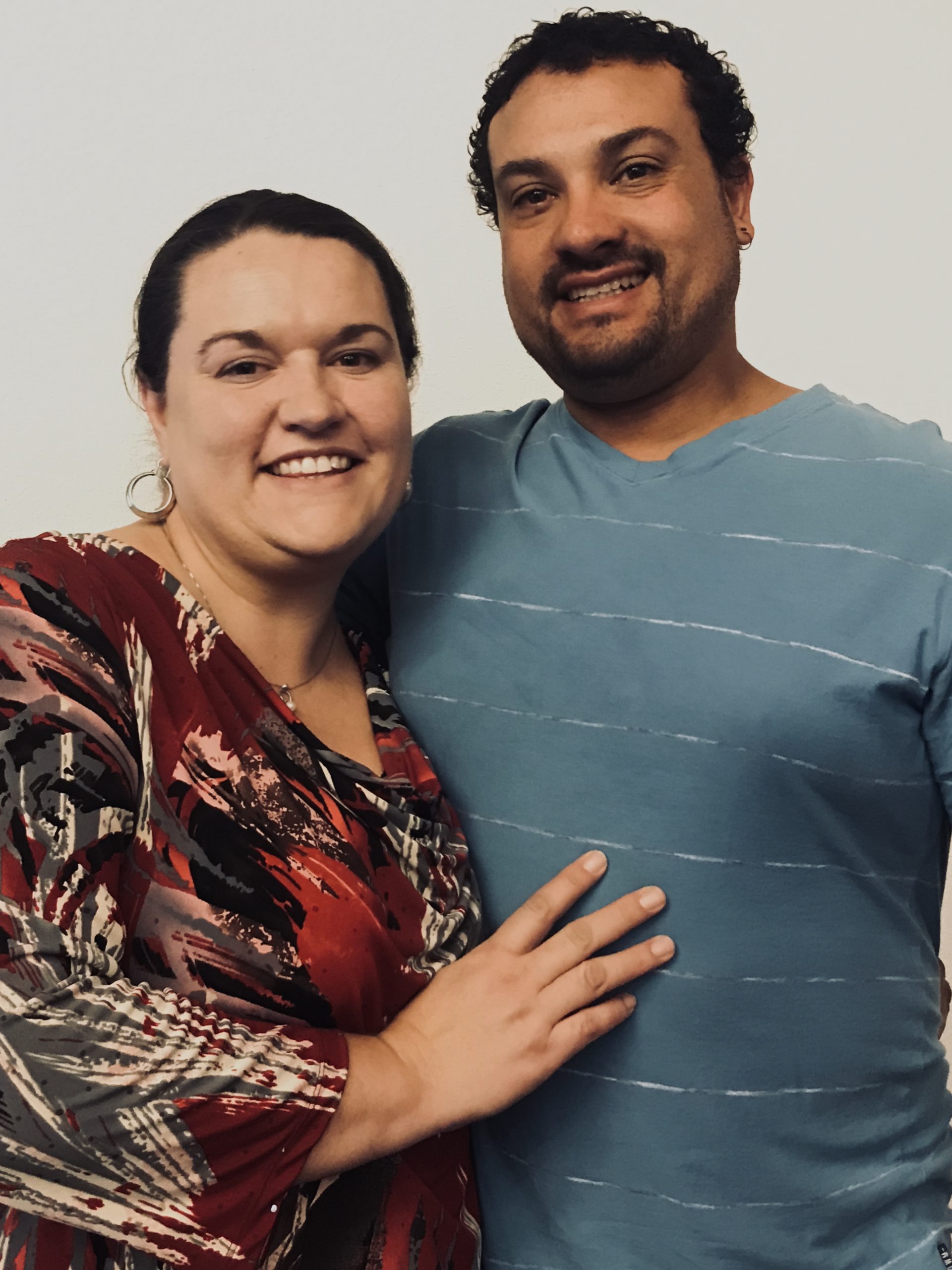 Jason and Katie have been attending FBCS as a family since 2009. Prior to that, Jason attended as a young man with his parents, who are missionaries we support, Curtis and Deb Arbuthnot. Due to the Christian influence in his home, Jason grew up learning of the Lord’s love and accepted Jesus as his savior as a youth.  Katie was taught things about Christ growing up, but didn’t really develop her own personal relationship until she was about 12.

Jason and Katie wanted to find a church that felt like family; a place where they could serve in various ministries, and be discipled by older Godly men and women in the church.  After visiting several times, they knew FBCS was the right fit for their family.

Jason partners with his father-in-law to run a family plumbing and heating business.  Katie is a homemaker and home schooled their 4 children.